The 10 Best Books to Give a Non-Christian

We all have a friend we want to believe, right?

Sometimes our conversations are fruitful, but sometimes we just don’t have the right words. Thankfully, the Holy Spirit is sufficient where our words and logic fail. And thankfully, our friend coming to faith in Jesus isn’t ultimately on our shoulders. Some of us have the spiritual gift of evangelism, but even for those with special gifts, we sometimes need help.

But wouldn’t it be nice just to give that friend a book where the author says everything we wish we could say?

Gifting a great book can be a solid evangelical strategy – though it shouldn’t be the only one.

If you do give a non-christian friend a book about our faith, consider committing to read it with them. Ask them questions, allow them to ask you questions, and humbly walk with them through the process.

Our 10 Favorite Books to Give Non-Christians

To help, we’ve put together a list of our ten favorite books to gift non-believers who may be skeptical, curious, or on the fence of Christianity. Some are geared toward the intellectual who needs logic and reason, while others are less dense. A few are stories and a few are classics.

We hope at least one of these will catch your attention and be a help to your searching friend.

Making Sense of God: Finding God in the Modern World

If someone you know is skeptical about God, about faith, or about Christianity – this is the perfect book. It's an invitation to consider the idea that the truths of the Gospel are more relevant now than ever before. We desperately need meaning, truth, order, and hope in our world.

He writes without jargon, condescension, or preaching. Rather than smacking the reader over the head with the Bible, Keller gently invites them into its story. This is an incredible book, perfect for the non-believer who believes what they do based on intuition and reason. 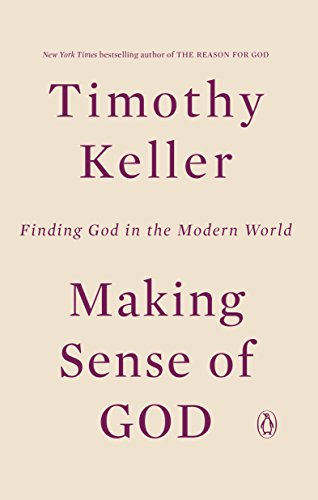 The Case for Christ

The Case for Christ is a modern day classic. Journalist Lee Strobel walks us through his own journey from skeptic to believer. He took a journalistic approach, just as he would have for a story, to prove that Jesus was not who He said He was.

Strobel focuses especially on the resurrection, the event that puts a final stamp on the Gospel story. If the resurrection is true, then everything Jesus said must be too. This is a great book for anyone who really wants proof – as much proof as can be offered in the twenty-first century.

The Gospel of John (by Alabaster Co)

There might not be a better introduction to Jesus or the Christian faith than the book of John. If you want to help a friend understand the basic tenets of the faith and get a good look at the person of Jesus, why not let the Word of God introduce them?

This particular book is from Alabaster Co. It's got a really neat, minimal, thoughtful design and is full of powerful imagery. It's much easier to read than having your non-believing friend have to lug a Bible around and thumb through to John every time they want to read.

Simply Christian is an awesome and well-written book explaining what Christianity is and how it's practiced. N.T. Wright is a brilliant theologian, but he writes in an accessible and approachable way in this book.

It's a great option for anyone skeptical of the claims of Christianity and the role our faith plays in the world today. 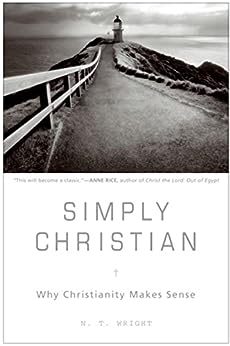 I Don't Have Enough Faith to Be an Atheist

I Don't Have Enough Faith to Be an Atheist makes the case that atheism actually requires more faith than to believe in the saving work of Jesus. They lean into the reliability of scripture – specifically the depiction of Jesus throughout the New Testament. If these claims are true, then it's hard to deny the truths of the Bible.

Another great read for anyone skeptical of Christianity – especially for someone who would call themselves an atheist.

Basic Christianity is a shorter book for the friend who may not be interested in a 1,000 page chunker. Brilliant and wise pastor John Stott gives us an intellectual look at the person of Jesus and why we should consider Him.

Amazon says, "Stott's Basic Christianity is a sound, sensible guide for anyone seeking an intellectually satisfying presentation of the Christian faith."

Seeking Allah, Finding Jesus is the incredible story of Nabeel Qureshi and his journey from devout Islam to Christianity. It's another great story of God's grace depicted as Nabeel wrestles with the truths of the Gospel.

He also goes into great detail about his biggest hangups as a Muslim, what the Bible has to say about them, and why he decided to leave his old faith for Christ. 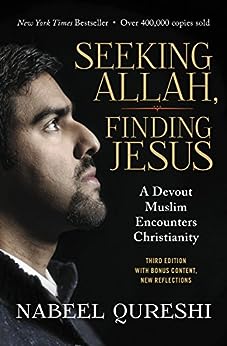 Amazing Truths: How Science and the Bible Agree

Written by Dr. Michael Guillen, former Harvard physics instructor and Emmy-winning ABC News Science Editor, Amazing Truths is a neat book that examines some of the scientific claims of the Bible.

He explains that faith is not some outdated way of thinking. Faith is a necessary part of science, Christianity, and any intelligent, comprehensive, coherent worldview--vastly more powerful than even logic. A great book for anyone who might have an issue with the claims of the Bible on account of science. 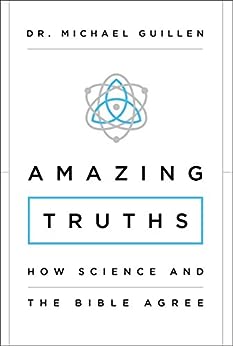 This is the perfect book for someone open and curious. Lewis details his own journey of skepticism as he came to faith in Christ. It's both convincing and powerful.

Some considering Christianity aren't all that interested in intellectual claims. They're skeptical, but their chief concern might not be rooted in logic or reason. They simply need to be moved by the power of the Spirit to conviction and need.

This is a biography by Chuck Colson, a man sentenced to prison for his involvement in Watergate. His story details how He found Jesus amidst his disgrace and imprisonment. It's a gripping story of God's mercy, and has been a catalyst for many who have come to faith around the world.

Here are some other roundups of books and resources we’d recommend:

Brooks is deeply passionate about helping people better understand the Bible and learn to read it faithfully. He's a husband, father, marketer, and big fan of the NBA. Go Pels.

KnowMercy is a Bible resource committed to helping everyone better understand the truths of scripture. We write easy-to-read, accessible answers to commonly asked questions, and provide sound resources for those looking to deepen their understanding of the Word.