What is Jesus’ Favorite Color?

The Bible doesn’t record Jesus’ favorite color but we do know that He created color, he infused creation with color, and the scriptures are full of references to significant colors that symbolise different aspects of His identity.

This is a fun question, that has no bearing on our faith or how we walk it out. But it’s fun to wonder. Kind of like asking how tall Adam and Eve were.

Colors are incredibly significant in the Bible and are woven through the Old Testament all the way to the book of Revelation. Do any of these colors relate to Jesus? Let’s take a closer look.

Jesus, the God Who Created Color

And God said, “Let there be light,” and there was light.

All things were made through him, and without him was not any thing made that was made.

The Bible makes it clear that Jesus created all things. From the creation story in Genesis 1, we learn that after the Heavens and the Earth, Jesus made light by simply saying the words. A lot of people wonder how old Jesus would be today, but we know He was present at creation. He is eternal.

Thanks to developments in science, Isaac Newton discovered that light, when bent, breaks up into seven distinct colors in the 1660s. In the Bible, this was seen for the first time in the rainbow when the light shone through the water droplets as Noah and his family left the ark (Genesis 9:13). This colorful sign is recorded as a reminder of a covenant. When Jesus created light, he created color.

We also see color displayed throughout creation. Animals, plants, the sky, and people are an exquisite blend of color! Jesus did that! We can confidently say that Jesus, the Creator, loves colors! 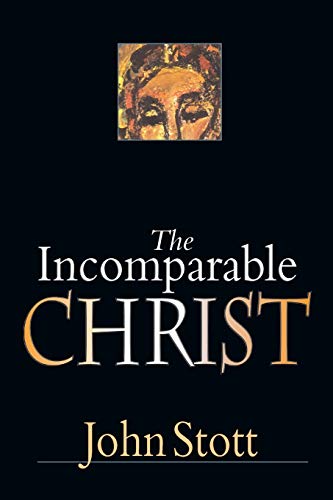 If you're looking to learn more about the person and life of Jesus, we couldn't recommend this book any higher. It covers his birth, life, and death in a way that will stir your affections as you encounter the real Christ.

Jesus, the Man Who Appreciated Color

Not only did Jesus create color but He gave up His heavenly position to be born as a baby. That means He cried when He was hungry or needed changing. He played with toys as he grew, He had to learn to walk, and yes, He probably had a favorite food, toy, and color when the children around him asked. He might have had a favorite number. Preferences are a human characteristic after all. He was born in Bethlehem and grew up in Nazareth – roaming the area with friends and taking in the surrounding nature.

The Bible doesn’t specifically mention Jesus’ favorite color but we know He would’ve witnessed the oranges and reds of sunsets, the blue of the sky, the green of the reeds planted by streams of water, the green of the frog in the river, the yellow wheat fields ready for harvest, and the white of the lilies of the field – which we know he found stunning!

Consider the lilies of the field, how they grow: they neither toil nor spin, yet I tell you, even Solomon in all his glory was not arrayed like one of these.

Significant Colors Related to Jesus in the Bible

Blue is a color associated with God. Just before God gave Moses the tablets with the 10 commandments, he appeared to the elders of Israel and under his feet was a pavement of  sapphire (Exodus 24:10).

Blue was a significant color regarding the linens and curtains of the tabernacle (Exodus 26:1). The tabernacle was a tent structure that housed God’s presence among the nation of Israel as they wandered in the desert).

Blue is also the color of the sky. We know that Christ ascended on a cloud up into Heaven after His resurrection (Acts 1:9) and so there is a connection between the blue sky and the physical place, Heaven.

In paintings and artworks of Jesus, he is often shown wearing blue. This isn’t taken from scripture but the artists most likely made the association of deity with the color blue for the above reasons. When Jesus walked on earth, he wore plain old tunics like the men around Him, there was nothing in His physical appearance that would attract people to Him (Isaiah 53:2).

Purple linen was rare and extremely expensive in Bible times. Only the wealthy or esteemed would own such luxurious linen. This color is associated with nobility and royalty as many of the kings of various lands would wear expensive robes of purple (Esther 8:15).

It makes sense then, that purple was a key color in the weaving of the tabernacle curtains and priestly garments in the Old Testament. It indicated the presence of a majestic King.

Before Jesus was crucified on the cross He carried, the Romans, knowing that He was referred to as the King of the Jews, mocked him by dressing him up as a king with a purple (possibly a faded red as mentioned in Matthew) robe and crown of thorns. Little did they realise they were mocking the Creator and King of all the world!

And they clothed him in a purple cloak, and twisting together a crown of thorns, they put it on him.

Scarlet was the third color that was featured in the curtains of the tabernacle and the priestly garments. It was second only to purple in terms of luxury and status and was often worn by officials and people of authority.

Scarlet or red also signifies sinfulness in the Bible. Blood is scarlet and it is blood alone that covered sin (in the form of animal sacrifices in the Old Testament, and the blood of Christ in the New Testament).

“Come now, let us reason together, says the Lord: though your sins are like scarlet, they shall be as white as snow; though they are red like crimson, they shall become like wool.

Jesus had to die for us to cleanse us by His blood.

White is another color linked to Jesus in the Bible, especially prophetically, when He returns as a conquering king, dressed in white, riding a white horse (Revelation 19:11). White is also the color of light when all the colors are blended together – we know that “light” symbolises truth and we know that in Christ there is only light, no darkness, no lies (1 John 1:5).

As the above verse in Isaiah describes, white also indicates purity and the opposite of stains and blemishes. Those who trust in Christ for salvation, no longer wear stained, filthy garments and stand condemned but are clothed in righteousness and in purity, as we have union with Him. They are cleansed and made holy and acceptable by the precious blood of Jesus (Revelation 3:5).

We see the Holy Spirit, symbolized by the white dove, descend on Jesus during His baptism.

For now, it remains a mystery until we meet Him face to face.

1 thought on “What is Jesus’ Favorite Color?”

Nicole is a wife and mother of four children. She is a freelance writer based in a quiet coastal town in South Africa where she worships at a local Bible-believing church.

KnowMercy is a Bible resource committed to helping everyone better understand the truths of scripture. We write easy-to-read, accessible answers to commonly asked questions, and provide sound resources for those looking to deepen their understanding of the Word.

Logos is the most comprehensive and helpful tool for studying the Bible (whether you're a pastor or just wanting to better understand the Bible). Take 15% off and receive 5 free books when you signup today.